Opinion Piece: Not So Green By Viv Forbes

A Solar Desert expanding at Gannawarra in Victoria, Australia
Not so Green
Picture Credit ARENA

Wind turbines steal energy from winds which often bring moisture from the ocean. These walls of turbines then create rain shadows, producing more rain near the turbines and more droughts down-wind. Turbines work best along ridge lines where eagles also seek thermals, so birds and bats get chopped up by these whirling scythes. They also annoy neighbours with noise and increase bushfire risk.

They even spread their wall of wind towers offshore, so that less wind and rain even reaches the shore. Not green at all. 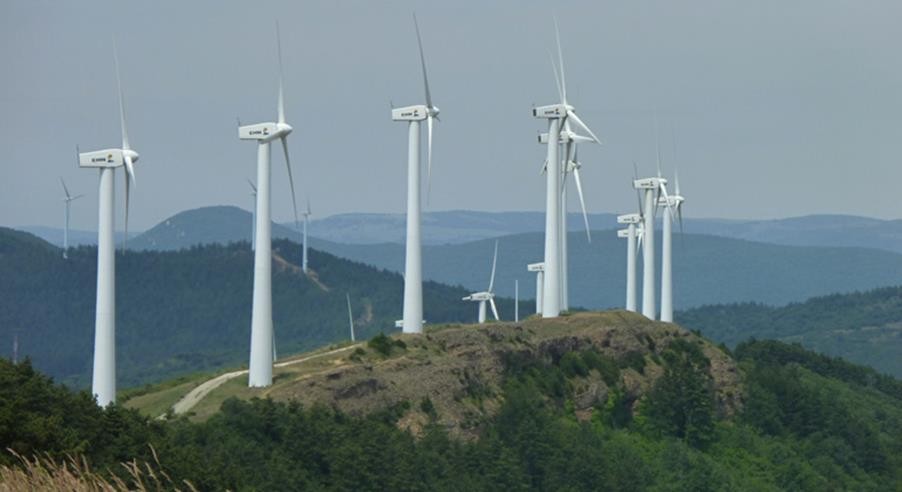 Now green dreamers want to use our precious water to manufacture hydrogen in a round-robin electrolytic process that consumes far more energy than it can ever produce.

Electrolysis consumes nine tonnes of water plus heaps of electricity to make one tonne of hydrogen. This processed water is not recovered until the hydrogen is burned (unlike water in steam turbines where most water is reused and some escapes to the atmosphere via cooling towers.)

"In the beginning there was nothing, which exploded."
Terry Pratchett

Hydrogen is a low-energy explosive gas. Collecting, storing and exporting it will be a hazardous business and producing it will consume scads of Australian water and electricity to generate trendy “green” fuel for Asia. Burning this fuel will release pure Australian water into polluted Asian skies. But the Australian Government is funding hydrogen speculation with $70 million.

Why export our sunshine, wind and fresh water via hydrogen while leaving our abundant fossil sunshine locked underground as “politically stranded assets”?

All that is not green – it’s green stupidity.